Most of the information below is written in the promotional third person. I assure you it’s not due to being a member of the royal family or having delusions of grandeur – it’s because the information on this page is intended to help conference organizers and reporters give a quick introduction about me to their audience. 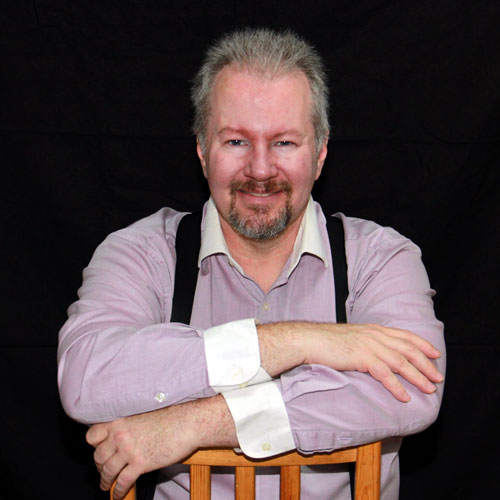 Note: McAnerin is pronounced “Mik AN ur in”

Ian McAnerin is a well known expert in international search marketing, and the founder and CEO of McAnerin International Inc. He has been a moderator for several search related forums, and is widely published both online and in print. He has authored several popular SEO related tools and has a patents pending for a search related geolocation technology. In 2015, he founded GeoFolder.com, a secure cloud storage service that preserves data residency for organizations that are required to comply with privacy laws. He is currently producing verificial.com.

He was the founder and first president of the Search Marketing Association of North America, and has special interest in SEO legal issues due to his legal background. He was the host for the China Search Marketing Tour, and is currently the Education Chair for SEMPO. Mr. McAnerin has multiple search engine certifications and is a member of the ACM SIGIR – the Special Interest Group for Information Retrieval, the organization for scientific studies regarding search technology.

Specializing in international (cross-border) search marketing, he is a frequent speaker and moderator at conferences around the globe, and is one of the most well-known SEO’s in the world.

Some Notable Current and Past Clients

McAnerin Networks was founded in 1980 by Ian McAnerin, at the time a self taught computer enthusiast who taught computer science and programming at his local Junior High School. Later, in 1986, McAnerin networks was responsible for networking various computing systems in the University of Lethbridge, where Mr. McAnerin was pursuing an advanced combined degree (Combined BA and BSc -BASc) in preparation for Law School.

By 1993, Mr. McAnerin finished his studies at the prestigious University of Alberta Law School, but had decided not to practice law. In the later part of 1993 the modern internet was born, and within 3 months Ian McAnerin had designed, hand coded and promoted one of the most popular websites in the country.

When he was hired into the private sector,  Mr. McAnerin worked for several companies ranging from Fortune 100 to a venture exchange public company with only 5 employees. During this period he held positions including website designer, computer analyst, IT manager, Intellectual Property Manager, and Engineering Project Manager. He traveled throughout North America, Europe, Asia and the Caribbean developing his skills and knowledge.

In 2007, McAnerin International Inc was created as a primary search marketing company, and McAnerin Networks Inc returned to it’s roots as a technology company. Ian McAnerin is founder and CEO of both companies.

In 2015, Ian McAnerin invented a key technology for cloud security and founded GeoFolder Inc (geofolder.com) as a subsidiary of McAnerin International Inc.

“Ian is one of the world’s renowned experts on the topic of International SEO. His expertise spans numerous languages, countries and character sets. Ian is also a very accomplished presenter. I’ve had the pleasure of hearing him speak at a number of conferences, including SMX Advanced and SES Toronto. His content is dense and meaty with many tactical tips, and he presents them in an articulate and engaging way. I think so highly of him that I just invited him onto my panel on SEO Tactics at the Shop.org Annual Summit this September. And he accepted! This is excellent news for the attendees and no small feat to land him as a speaker, as Ian is very selective in his acceptance of speaking gigs. Thanks Ian, I look forward to sharing the stage with you!”

“Working with Ian was a fantastic opportunity. Ian’s impact on the search marketing community has been quite substantial and working with him shows you why; he knows his stuff cold and is always willing to share that valuable information with you when you need it. The knowledge and insight I gained from working with Ian has helped me to become a better SEO, and the knowledge and skill Ian brings to the table for his clients has helped them become more profitable businesses. If you have the opportunity to work with Ian as a colleague or a client, I strongly recommend taking it.”

“Ian has always been a benchmark to me in terms of the deep analysis he does to learning what works and what doesn’t in SEO. He has a great understanding of global cultures and how it applies to Internet marketing. It has been a privilege to have him as a speaker at the SES Latino events that I had the opportunity to be conference chair. Always providing amazing trade secrets and tactical know-how. He is a person who I trust very much and be happy to do business together.”

“You only need to meet Ian for the first time to very easily recommend Ian to everyone. Ian’s professionalism and consummate understanding of search marketing places him within a very small group of talented people in the search community. Ian is a strategic thinker, planner, educator and he executes with precision and detail. Furthermore, he’s far from boring and actually a delight to be around and hang-out with; you will always learn something new after speaking with Ian; he’s an authentic and genuine person.”

“Ian is one of the most knowledgeable people I know in the search marketing industry. He has proved himself time and time again to be very giving to others — from his tireless efforts in helping people on web forums to setting up one of the first search marketing associations. He is also an excellent resource on legal matters, having studied law in the past, of which I have personally tapped him for advice many times. I would highly recommend Ian for any position as he would be a valuable asset to any company.”

“Ian has been a leader in the search industry since its inception. He brings a sharp legal mind to every situation, so you can be confident that all bases get covered. His help in clarifying the ever shifting rules of search has been invaluable, not just to me, but to the industry as a whole.”

“Ian is the person I’m most likely to recommend when it comes to international or governmental website optimization issues. He’s incredibly insightful and has a knack for getting to the heart of an issue and expressing his ideas in a way that’s accessible to everyone without speaking down to anyone. Plus, he’s a heckuva nice guy!”

“Ian is one of the most knowledgeable and experienced people in the search marketing industry, and is very good about sharing that knowledge with colleagues.”

“Ian is a well-known and well respected member of the online SEM community. He has a wealth of knowledge on how to get things done effectively online and is a real resource to us all on how best to communicate with different international communities.”